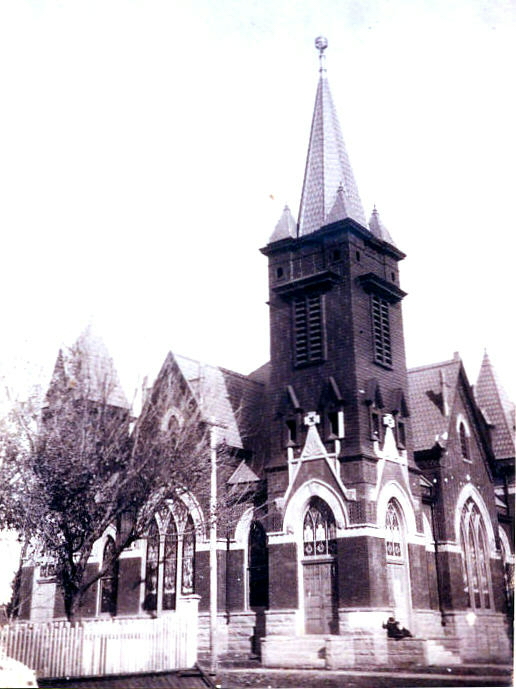 This Congregation was formed on April 1, 1848 when about 20 persons gathered to worship at the home of Nancy and Joseph Bryson Wilmeth (1807-1892). After a picnic lunch, the group journeyed about two miles south of the Wilmeth cabin to the new county seat of McKinney desiring that the first institution in the town be a religious body. They met at the present site of the courthouse square and formally organized the First Christian Church. Members worshiped first in an unfinished barn and later in Collin County's Log Courthouse. Lay preachers who conducted services included Wilmeth and James Sanford Muse (1804-1878), both of whom studied under Alexander Campbell, one of the founders of the Christian Church. Members of this congregation erected their first Church building in 1858 and shared the small frame structure with other denominations. In the tradition of the day, men sat on one side of the sanctuary and women on the other.

Despite the hardships of frontier life and the chaos of the civil war, this fellowship grew and flourished. In 1872 the Rev. R.C. Horn became the first full-time paster. Members erected their second building in 1897 and in 1970 dedicated their present facility. Texas Historical marker, 1978.